BIRTH OF THE COOL

BIRTH OF THE COOL

Listen to the standing position and good album title 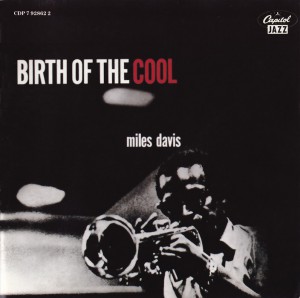 Recommendations to the panel of Miles Davis is one that always contains. Miles, state-of-the-art music of Gillespie and Parker was called bebop at the time, was considered too novel to the general public. To “bebop says Miles guys white element normal people sing easily, such as are easily recognizable to anyone, did not like. Of the time, I loved listen casually, the music that is easy to understand a little gentle, I went to have close to the main stream. everywhere. I was, than it did the bird and DiZ, thats that “just. Sure, you may have been impressed with the novel I listened to this album not even know it at the time bebop. But we would know the music of Miles that were produced after this. When I listen to this album after you’ve experienced mountain inspiring giant that can not only Miles that, they sound boring feeling that jazz older normally anyway, I’m terrible not allow followers of other unique Miles I do not have to be. Although seen bought according to the “Recommended”, or because of that, you do not remember listening to the end to put so much care. Title cool, without being aware of the “Miles” The big band of pro-modern jazz, that run of West Coast jazz little a album of the term “the atmosphere of a jazz something”, he was conscious of the Miles I will get bored Totan’ni. Has become BOPLICITY of 8 is “Cleo Henry” composer, this is what in the context of a publisher that Miles had been signed at the time, was Tsukeru in a parody of the name of the mother, the composer of the real Gil and Miles · It is Evans.